While in the midst of a five-month stretch of nonstop travel last year, I made it a mission to visit as many of the World’s 50 Best Bars as possible. You could call it work research, or simply an ongoing desire to drink well wherever I went. Either way, using the list as a reference point, one could parachute into a city, and even if knowing nothing about the place, pull up that list and head straight to any bar listed on it, confident they wouldn’t be disappointed in the experience. And of course, bartenders are the best friends you can have in any new place, as you’ll quickly learn where else they recommend you visit during your stay. So it went. 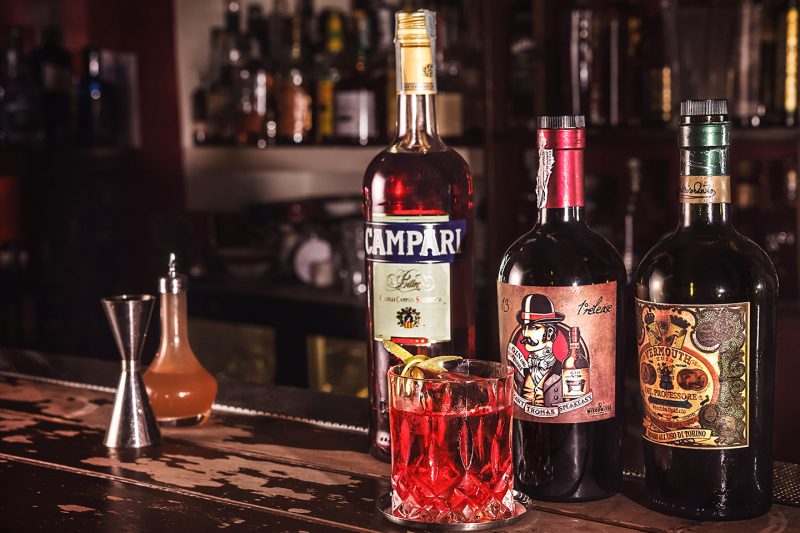 Across this barrage of international traveling, I passed through 17 countries and made it to 19 of the top 100 bars included in the 2017 list, and all told, have been to nearly half of the current list at one time or another. I also visited a handful of additional bars which were in previous lists, while missing a few I tried to visit—the Jerry Thomas Speakeasy in Rome, for instance, was in the midst of its summer hiatus, while other bars were closed on the days I was in town.

My roundup of tippling travels is modest by some traveler’s standards, but nevertheless, it allowed me to gain insight into the list as a whole. What does it really take to be included among the World’s 50 Best Bars? Are the bars generally deserving of that acclaim, or falling short of expectations? How are they similar or different? This is what I learned.

(In full disclosure, I was also a voter for the 2017 list, and three of the bars I voted for are in the current list. Voting stipulations require you have been to any bar you vote for within the past year, while also nominating bars from beyond your home city and country.) 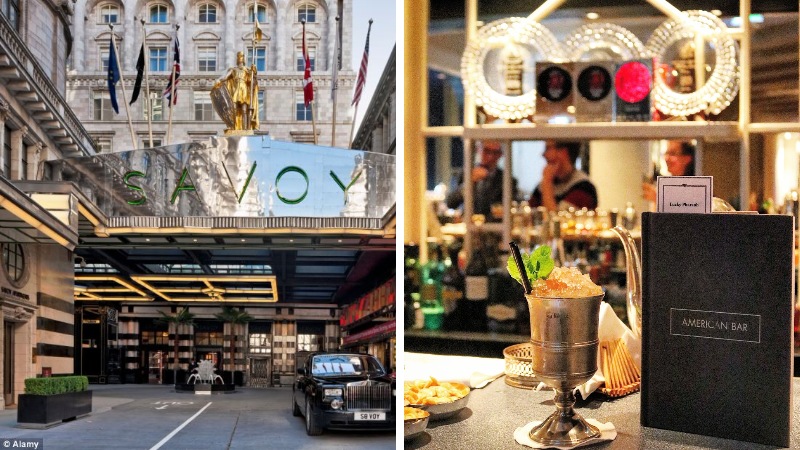 The American Bar at The Savoy in London

There are certain bars you walk into and immediately understand its revered status. The current reigning number one bar in the world is the perfect case in point. The American Bar at The Savoy in London embraces you in its hospitality from the moment you enter, and each interaction from there adds to its already glowing presence. You leave feeling genuine warmth, not merely from the drinks you’ve had, but rather from the soul-buoying effect of the experience.

When you walk into Singapore’s Atlas Bar (#15), your jaw instantly drops at its otherworldly, multistory Gin tower, housing over a thousand bottles, and the cavernous space it resides in. The bar beckons you to live out your roaring ’20s, Gatsby party dreams and lose yourself to a night of indulgence in the Lion City. 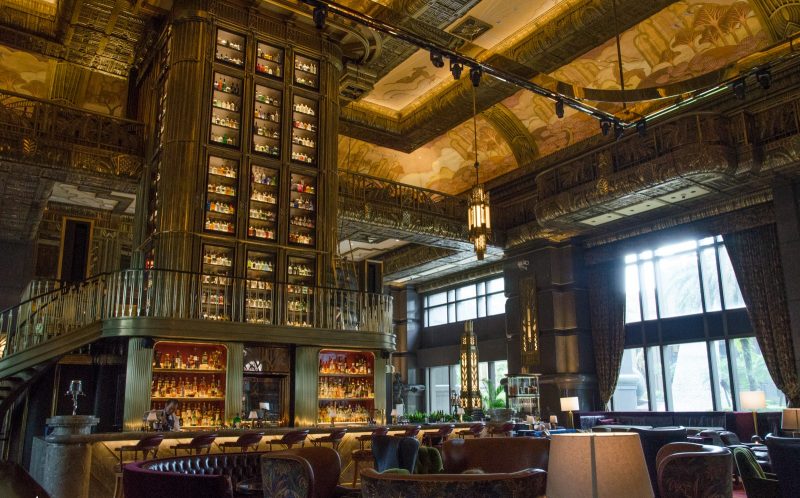 Other bars win you over from the sheer brilliance of their drinks. Dandelyan (#2) is a great example, with the hotel bar’s insanely inventive cocktails and the way each is classified on its menu by moods and settings for peak enjoyment.

Some offer a distinctive slice of their locale from a fresh perspective. Take Milan’s Nottingham Forest (#60) with all of that superb, almost old-world Italian hospitality, combined with killer aperitivo snacks that would make any of the local Milanese proud, and wild, showstopping drink presentations. Tales & Spirits (#35) thrives on the wacky side of cocktail concepts while offering a cocktail lover’s reprieve from the other diversions of the old center of Amsterdam. 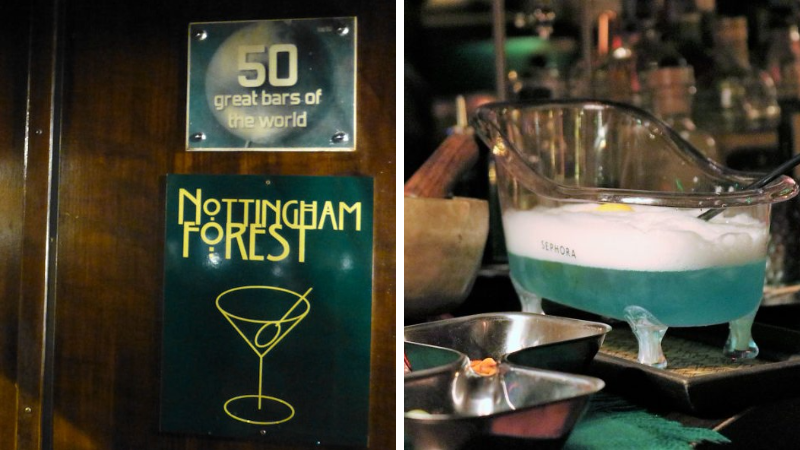 There are a few bars on the list though, without needing to name names, where perhaps it’s harder to discern how their inclusion in such a global list is warranted. There’s nothing wrong with them, they may indeed offer both excellent drinks and welcoming service, and if you lived nearby, you’d happily visit them on a weekly basis as one of your go-to locales. But to say such a place is one of the “world’s best” is challenging, as there could be scores of such bars in a single city.

How does one stand out from the crowd, then? Great drinks and great hospitality are the baseline for inclusion, but there should be a special, distinguishing characteristic of some form; there needs to be something different, something more.

"Tales & Spirits thrives on the wacky side of cocktail concepts"

On the other end of the spectrum, I also visited over a dozen other bars that easily could be included in the list, with the type of drinks, service, and overall top-to-bottom experience to stand as peers among similar entrants from around the world. Some of these establishments were new, not having had enough time yet to build that type of international reputation. Others were in more off-the-beaten-path locations, which, unfortunately, reduces their chances of inclusion. As mentioned, voters must have visited a bar within the past 12 months in order to nominate it, if they’re playing by the rules at least.

It’s no surprise then that the list is dominated by cities such as New York and London. Yes, they’re two of the greatest drinking cities in the world. They’re also two of the most visited cities in the world, and two of the main hubs for professionals who work in the industry. It makes for a steep uphill climb for a standout bar in say, Brno, Czech Republic, or Malmö, Sweden, which simply doesn’t get the international foot traffic. 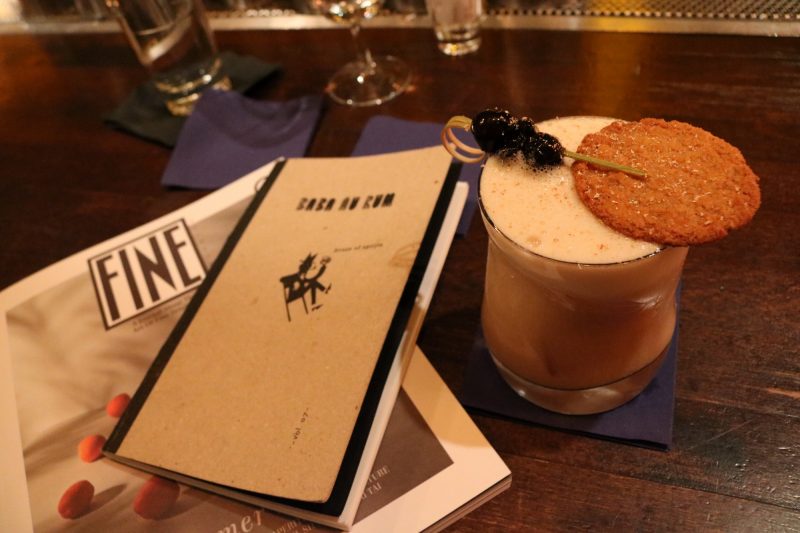 That’s why it’s so crucial for a city to start building up its reputation, as a whole, for a burgeoning cocktail scene. Look at Athens, with The Clumsies coming in at number six and Baba Au Rum at number 30. Travelers now know to seek out cocktails when visiting the ancient world capital. Bartenders have been trained at these bars, and have gone on to open their own quality cocktail bars in the city as well, training their staff in turn. More bars and bar talent continues to arise, and more people visit Athens seeking out and finding fantastic cocktail bars. Such a scene builds upon itself. 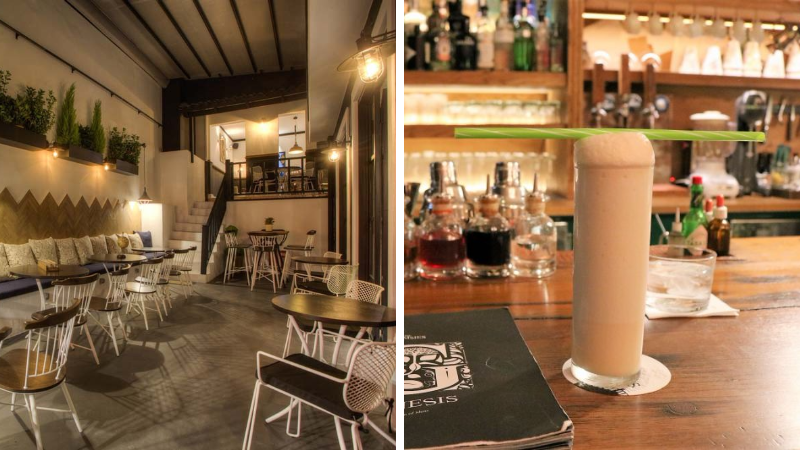 The Clumsies also offers an example of perhaps the most common denominator looking across the World’s 50 Best Bars: large, multi-space venues, offering different rooms, different experiences, and different vibes. San Juan’s La Factoria (#39) is a wonderful example of this, with seemingly endless nooks and crannies included into a single, sprawling and all-encompassing venue. That, and menu concepts. From the cocktail cards that take you on a world journey at Oriole (#17) to Dandelyan’s botany field guide, BlackTail’s (#32) storybook, whatever Trick Dog (#26) has come up with lately, and beyond, we’re all suckers for the conceptual menu it seems.

Multiple spaces and conceptual menus may be representative features, but then consider that Bar BenFiddich (#36) has no menu, and Gen Yamamoto (#88) seats a maximum of eight guests at any time, and each is absolutely world class in every way.

There are no hard and fast rules, only common threads, and while the list may not be perfect it absolutely does its job. As I hopped from country to country, time zone to time zone, I often woke up not immediately remembering what city I was in. But I always remembered a tasty drink made by a knowledgeable bartender at a quality establishment—which is useful for places where you are in the world, too…

That Rum Old Fashioned riff at Ruby (#58) was amazing, and I was digging its homey environs and its little basement hideaway. Oh, that’s right. I’m in Copenhagen, which makes sense because two nights ago I had that lovely cocktail with a Campari sidecar in a hollowed-out passion fruit at Linje Tio (#44) in Stockholm. There was a barbershop in that bar! Who knew, huh? Anyway, what else can I do in Scandinavia? Let me pull up that list…